Firebird ballet is a story full of magic and love. It tells the story of Prince Ivan's journey to win the heart of his princess but first, he has to get past the evil magician, Kostcheï.

Firebird ballet is performed by famous ballet companies around the world including New York City Ballet, American Ballet Theatre and the Royal Ballet.

One of the most well known productions of the firebird was choreographed by Mikhail Fokine.

The world premiere was in 1910, performed at the Paris Opera by the famous Ballet Russes.

The music composed by Igor Stravinsky and design by Natalia Goncharova.

Prince Ivan spots the Firebird and is stunned by the similarity between a beautiful woman and a bird-like form.

Prince Ivan moves towards the Firebird, surrounded by an enchanted tree full of magic apples. He grabs her and she frantically struggles to be set free.

The Firebird is desperate to released, so she offers the Prince one of her feathers and tells him it will help him if he is ever in trouble. Prince Ivan accepts, and the Firebird flies away. 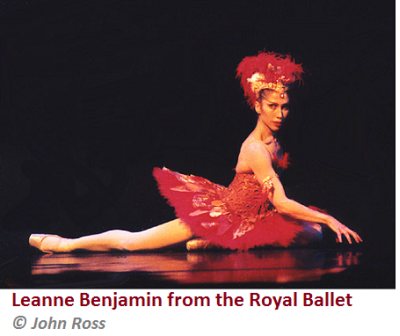 Prince Ivan wanders through the forest until he finds a gate of an old castle. He spots 12 maidens which are led by the beautiful Tsarevna. Tsarevna tells Prince Ivan that this castle belongs to Kostcheï.

Tsarevna informs Prince Ivan that Kostcheï is a magican who cast a spell on any traveler who is passing by.

Despite of what she warned him, Ivan follows them towards the castle. When he reaches the gate, a bell rings out and a group of figures hurry from the castle.

Kostcheï appears from the group and moves forward to Ivan. Kostcheï attempts to turn Ivan into stone but Ivan quickly waves the Firebird's feather in front of himself.

The Firebird instantly appears to help Ivan. She takes care of the situation and Ivan follows her directions.

The Prince steals a great egg which holds Kostcheï's soul and he throws it to the ground. The spell is broken and Kostcheï dies.

Prince Ivan and Tsarevna meet together and realize their love for one another. They get married and everyone joins together for a thanksgiving.